The Tiwi islands are just 80 km north of Darwin and in many ways a world away.  The islands consist of 2 islands- Bathurst (smaller) and Melville (larger) and have and always will be owned and governed by the Tiwi people, the land is split into 8 areas that are run by 8 family groups. Melville island is actually the 2nd largest ‘Australian’ islands, after Tassie. To visit the Tiwi islands, you need to seek permission and obtain a permit to come onto the Tiwi lands. I was lucky enough to spend a week in the Tiwi recently as part of a Land Management unit that I am undertaking at Charles Darwin uni. The unit looks at Indigenous Land and Sea management and we spent an awesome week hanging out with the Tiwi Rangers and seeing what great work they do on the islands.

Coincidentally Costa had just been on the islands doing a piece for Gardening Australia, and although not a television watcher, Costa’s show are always worth a watch. You can see it on ABC i-view.

So, remote Australian Indigenous communities vary a lot in terms of their food. Many places still eat a lot of bush tucker and go hunting and gathering, and this includes the Tiwi islands. Often fresh supplies from elsewhere are hard to come by and arrive not so fresh or are pretty expensive because of freight and nutrition can be an issue. In some instances fresh veggies are subsidised so freight is not charged and their prices are more appealing. I am always interested in what is on often in community shops and have checked them out when I have been out in Arnhem Land (at Ramingini and Gunbalanya) 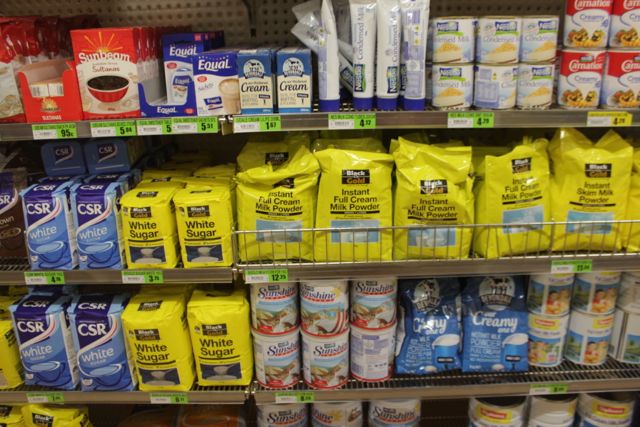 Tiwi Enterprises is strong on the Tiwi and in Wurrumiyanga, anew shop has been built and run by this island owned corporation. There seemed to be a pretty good supply of veggies in all the shops, more than I imagined.  These veggies (below) were those in the shop at Garden Point (Pirlangimpi)

The Tiwi community have some pretty great stuff going on, including an amazing garden at Tiwi college, a Tiwi enterprises owned farm and a lot of bush tucker being collected on country. 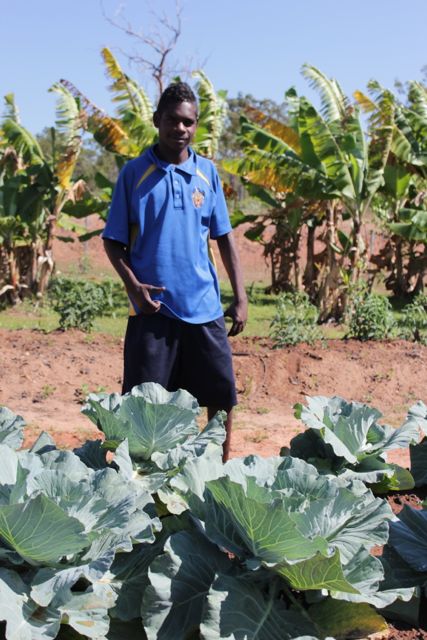 The veggies from Tiwi college (above) are used at the school, and the students were pretty happy and proud to show us around their productive garden. Tiwi college is an independent college for high school students and governed by Tiwi Land Council, rather than being a Christian or Catholic School. 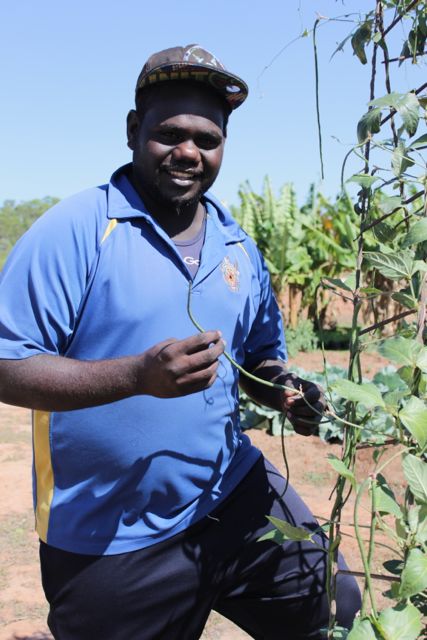 Students had been taking work experience in many areas around the island and including their school garden and with the rangers.

The Tiwi college farm has chooks, ducks and more and all the students stay with host families during the week, who are mainly Fijian and have productive gardens in their own yards. It was all pretty inspiring. For more facts click “Tiwi College” here